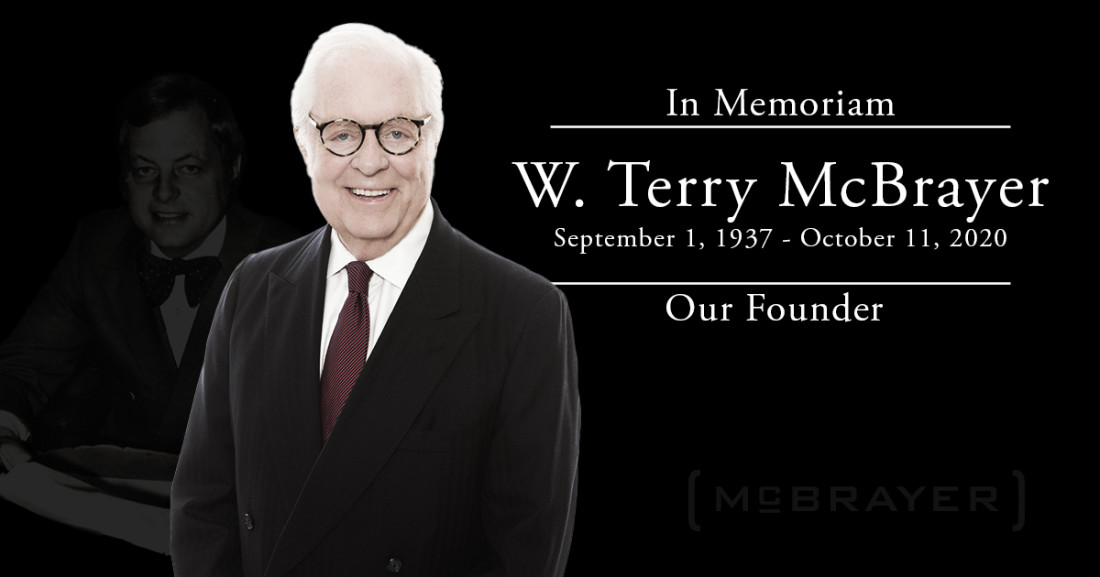 It is with incredibly heavy hearts that we announce the loss of the founder of our firm, W. Terry McBrayer, who passed away at 1:32 a.m., Sunday, October 11, 2020, in Lexington, Kentucky, after an extended fight with cancer. He is survived by his children, Sarah McBrayer Savarie and John Lawton McBrayer, his sister, Judy McBrayer Campbell, and his five grandchildren, Alex McBrayer, Mina McBrayer, Odin McBrayer, Beatrice Savarie, and Lucy Savarie.

Terry founded the McBrayer law firm in 1963 in Greenup, Kentucky, and his small practice began in a single room rented above a grocery store. In 1966, he was elected to his first term in the Kentucky House of Representatives, eventually serving as House Speaker Pro Tempore and Majority Floor Leader, and this begat a lifetime of political involvement that has left an indelible mark on the Commonwealth. Today, the firm that bears his name has over 50 attorneys, as well as offices in Lexington and Louisville, Kentucky, and a government affairs office, MML&K Government Solutions, in Frankfort, Kentucky.

A true fighter to the very end, Terry McBrayer was a statesman, a lawyer, a lobbyist, a mentor, a Kentucky icon, a proud brother, father and grandfather, and a dear friend to all who have known him. His is a loss from which we are not soon to recover.