The Kentucky legislature took decisive action this year as it continues to take steps and modernize the alcoholic beverage industry. Two major initiatives were passed by both the House and Senate in March, and signed by Governor Bevin.

HB 100, sponsored by Rep. Chad McCoy of Bardstown, is the smaller of the two bills in length – but it has a broad impact. The legislation has four components: 1) it aligns enforcement penalties that apply to retail sales across all licenses; 2) it allows distillers to conduct retail sales by the drink at fairs and festivals; 3) it allows the private purchase and sale of vintage and rare spirits back to the marketplace; and 4) it further strengthens production standards for Kentucky bourbon.

HB 183 is an omnibus bill that was written and supported by the Department of Alcoholic Beverage Control (ABC) which creates clarity and consistency throughout Kentucky alcohol law and provides long-sought added benefits to many in the industry. 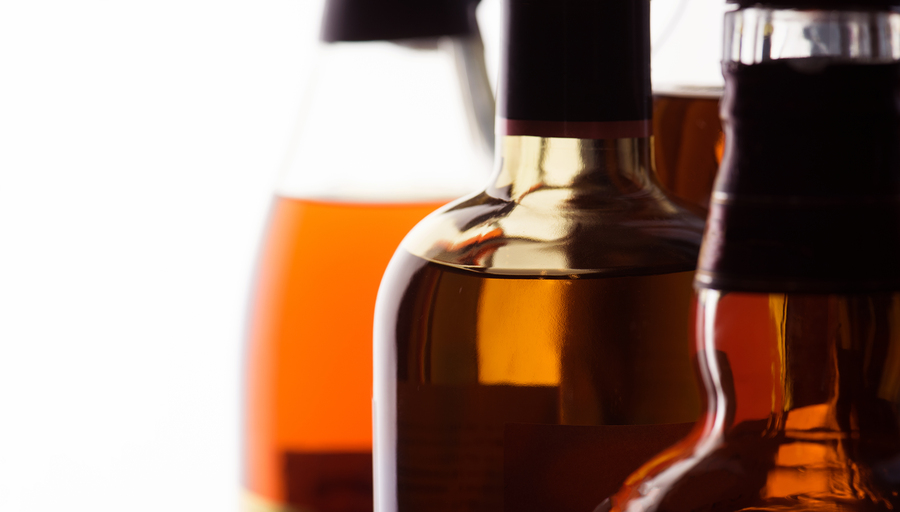 One of the main provisions of HB 100 makes a significant change in Kentucky’s retail sales laws and puts Kentucky as a national leader for the sale of antique or vintage spirits.  The law will allow licensed package sellers to purchase “vintage” spirits from unlicensed individuals for resale to the public. The distilled spirits must be in the original, unopened manufacturer’s container; not owned by a distillery; and not otherwise available for purchase from a licensed wholesaler. The aim of this measure is to bring to market the rare, antique and vintage spirits that may be hiding in garages and attics, or being held by a private collector. If an individual discovers a rare or well-aged bottle of bourbon from a long-defunct distiller, possibly left over from a prior generation, that bottle can now be brought to the retail market. The retailer may then sell that vintage spirit by either the drink or the package. These unlicensed vintage spirits transactions must be reported to the ABC. This provision of the legislation will not go into effect until January 1, 2018, which will give the Department time to promulgate regulations overseeing the transactions.

Another component of HB 100 allows distillers to sell by the drink at fairs, festivals and other similar events in a wet territory. The original version of HB 100 also allowed sales by the package at these events, but a committee amendment removed the language during the legislative process. Small farm wineries have had the option to sell both by the package and by the drink at fairs and festivals for over a decade, and microbrewers gained the ability to do so in 2016. While this provision does not bring full parity with those producers, it may still prove a boon to Kentucky distillers who may now sell their products by the drink at these events.

Arguably the largest provision by scope, is the third component of HB 100, which aligns penalties in lieu of license suspension across all license holders, if the suspension and penalty are related to retail activities of the license holder. This issue has come to the forefront as alcohol producers have gained latitude to provide retail sales in addition to production. Violations of various provisions in Kentucky alcohol law can result in license suspension, but license holders may pay a per diem penalty in lieu of suspension. Under the former law, retailers were subject to a penalty of $50 per day, while producers (distilleries, wineries and breweries) were subject to a penalty of $1,000 per day. The inequity in this penalty system came to a head when these producers began engaging in retail activities in addition to production. For example, an underage purchase violation at a standard retailer would net a $50 per day penalty (with a standard fine levied by the Department of $2,500, or 50 days), but for a distiller engaging in the same activity at their retail space, the penalty would be $1,000 per day. The new law aligns daily penalties for distilleries, wineries and breweries with retailers when the violation is a direct result of retail activity. This provision is especially timely in light of the expanded powers of the Department to suspend licenses under HB 183, discussed below.

Finally, the last component of HB 100 strengthens production standards for Kentucky Bourbon by declaring that it must be produced from “grains which are cooked, fermented, and distilled in Kentucky.” This provision further protects Kentucky as the one, true authentic home of Bourbon.

Rep. Adam Koenig of Erlanger sponsored the omnibus provisions of HB 183, which are basically a wish list of provisions from the ABC with several other stray alcohol-related items added in. Many of the provisions of the bill are “clean-up” items that more clearly define duties and the roles of government or industry participants, including changes or additions to the definitions and roles of items such as “local administrator” or “investigator,” or the removal of bond requirements for local administrators. The bill also gives the Department the power to issue advisory opinions and declaratory rulings, which should prove to be an invaluable tool to the Kentucky alcohol industry. Here are some of the key provisions in the omnibus bill:

·        The retail drink licenses of distillers are now NQ2, rather than NQ3, licenses, and the 50-seat minimum for holders of NQ2 retail licenses is abolished.

·        Holders of NQ1 licenses may now hold sampling licenses, but outside of sampling by those with a license, retailers may not sell or give away alcohol for less than they paid (or the current wholesale cost) unless they have received approval from the ABC department.

·        Employees of alcohol producers may sample the products produced by that manufacturer for purposes of education, quality control, and product development.

·        KRS 244.290 is amended to clarify how a locality may regulate the hours of sale and delivery of alcoholic beverages.

·        The Department of Alcoholic Beverage Control has the broad authority to summarily suspend a license upon finding that the continued operation of a license holder during the pendency of a hearing would constitute a threat to public health or safety. Stephen G. Amato is a Member of McBrayer law. Mr. Amato focuses his practice in the areas of civil litigation, administrative law and hospitality law, and is located in the firm's Lexington office. He can be reached at samato@mcbrayerfirm.com or (859) 231-8780, ext. 1104.

Chris Nolan is a veteran lobbyist and communication specialist who has been a part of the MML&K Government Solutions team since 1999. Chris provides lobbying, media advice and strategic planning for a wide range of clients. He specializes in equine issues and horse racing, corporate taxes, insurance, telecommunications and state budget appropriations. Contact Chris at cnolan@mmlk.com or 502-875-1176.