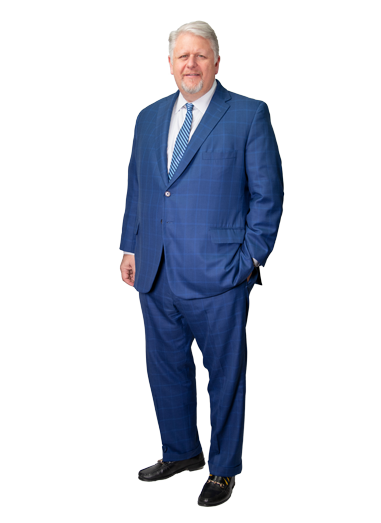 Stephen G. Amato
Member
samato@mcbrayerfirm.com
859.231.8780; ext. 1104
View Bio
Stephen Amato’s practice, while primarily focused on the hospitality and alcoholic beverage industries, is as diverse as the matters clients bring to him. Whether grappling with a …

As the 2022 Kentucky legislative session has come to a close, it’s time to review the new laws that emerged in Frankfort. For those in the alcoholic beverage industry, the most significant of these is HB 500, which contains several significant advances for distillers. Among these are the standardization and legalization of private barrel selection events and the opportunity for distilleries to establish satellite tasting rooms, two steps to promote bourbon tourism in the commonwealth. More >

One of the many pandemic-inspired ad hoc measures enacted last year to support restaurants and provide much needed merriment for beleaguered patrons has now become a permanent feature of Kentucky law – the cocktail-to-go. SB 67 was signed into law by Kentucky Gov. Beshear on March 15th featuring an emergency clause thereby rendering it immediately effective. More >

On February 26th, the Kentucky House of Representatives overwhelmingly passed legislation that significantly enhances and expands in-state and out-of-state manufacturers’ ability to directly ship their products in and out of Kentucky. The legislation quickly passed the Kentucky Senate and was signed into law by Governor Andy Beshear on March 11th.  Because the bill contains an emergency clause, nearly all its provisions became effective immediately upon the Governor’s signing. More >

To many, Washington D.C. has been consumed by COVID-19 and turbulence over the election, but to the alcoholic beverage industry there has been one goal dominating policy discussions: to make permanent the 2017 Craft Beverage Modernization and Tax Reform Act (CBMTRA), which was slated for expiration on December 31, 2020. More >

On April 15th, the day the Kentucky legislative session ended, the Kentucky Senate approved and forwarded Senate Bill 99 to Governor Beshear for his expected signature. While the bill has been overshadowed by House Bill 415 and the COVID-19 emergency, the bill’s impact on the Commonwealth’s alcohol industry is fairly substantial. More >

Relief for Wholesalers and Distributors

After a flurry of executive orders and legislative action by Kentucky’s Governor and General Assembly to provide relief for hard hit alcohol retailers, at the request of our firm on behalf of distributor and wholesaler clients, the Kentucky Public Protection Cabinet and Department of Alcoholic Beverage Control issued a new Order, effective April 8th, extending the hours that malt beverage distributors and wine and spirits wholesalers may deliver product to the retailers to “any time of the day that the retailer is ready, able and voluntarily willing to accept deliveries of product.” This Order will allow distributors and wholesalers to deliver product to retailers outside the existing restricted hours mandated by state statute and local ordinances, which will hopefully minimize the spread of Coronavirus and allow these middle tier industry members to more efficiently and safely manage their workforce.

Provisions of New Kentucky Law, SB 150, Allow for Sales by the Drink Deliveries and Take-Out

On Thursday, March 26, 2020, Kentucky’s response to the coronavirus crisis took an odd turn in the Kentucky legislature with the passage of a bill that will now allow patrons to purchase, for carryout or delivery, alcohol by the drink. UPDATE - Gov. Beshear signed the bill on March 30th. More >

On Sunday, March 22, Gov. Andy Beshear issued an executive order that closes all non-essential retail as of 8:00 p.m. on Monday, March 23. Essential retail businesses listed in the order include grocery stores, pharmacies, banks, hardware stores and other businesses that provide staple goods. Luckily for alcohol retailers, that list includes liquor stores, which may remain open, but follow social distancing and hygiene guidance from the CDC and Kentucky Department of Public Health. Importantly for restaurants, carry-out, delivery and drive-through food and beverage sales may continue. More >

Alcohol By the Drink Carryout Privileges; Waivers for Fees and Deadlines for Applications and Renewals

New developments in Kentucky today include the following:  on March 19th, the Kentucky House of Representatives passed legislation that, if approved by the Senate, will grant to relief to restaurants holding licenses to sell alcoholic beverages by the drink, who, for a period of time, would be able to sell alcoholic beverages on a delivery, to-go, or take-out basis in conjunction with food sales. Covered or sealed drinks that are ordered under these provisions would not be considered open containers. More >