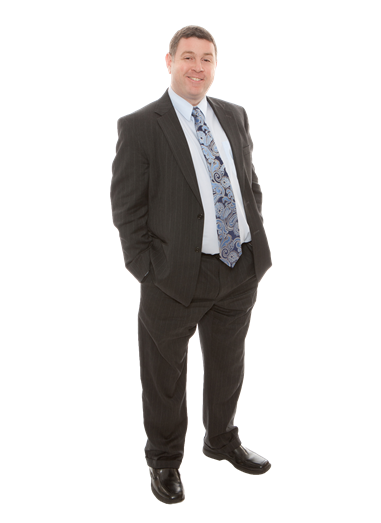 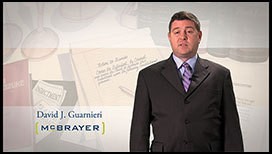 The law was considered one of the three original professions, divinity and medicine were the other two. The law embodies many traditions, but it is also ever-evolving.  Adhering to these traditions in a way that is compatible in the 21st Century is both challenging and important to being a successful attorney as well as to furthering the legal profession.

Oftentimes a client's need for a lawyer arises when they find themselves in one of the most difficult situations of their lives. A desire and commitment to help people who find themselves in such circumstances is a big reason I am drawn to the areas of criminal defense, family law and personal injury.  When clients find themselves confronted with the unknown, they need the advice and counsel of someone who has helped others in the same or similar situations and who is able to figure out where they need to go and the best way to get there.

When people ask me if there are important cases that I am working on, I tell them that from the client’s perspective, their case is the most important. Clients can expect me to always go the extra mile for them and to pursue each issue with hard work and sound advice intended to best accomplish their goals.

I acquired a broad range of legal experience through practicing law for 13 years in Frankfort, Kentucky, both as an associate and partner at Johnson, True & Guarnieri, PLLC, and as a solo practitioner before joining the McBrayer team.

My parents instilled in me and my eight siblings a dedication and commitment to public service. Practicing law affords me opportunities to help the community. In 2010 I was appointed to serve on the Board of Trustees for Kentucky State University, which was an honor for me personally as both of my parents received bachelor's and master's degrees from there after moving to Frankfort from Chicago. When the opportunity presented itself for me to give back to KSU, I could not pass it up.

Experience is critical for quality representation, regardless of the matter at hand. I have extensive trial experience, with nearly 200 trials to date. I have successfully represented defendants in criminal matters including favorable outcomes and several acquittals in federal and state courts on a wide range of charges such as murder, attempted murder, manslaughter, sexual abuse, assault, conspiracy to manufacture and distribute marijuana, money laundering, attempted escape, and driving under the influence. I have also represented witnesses before federal and state grand juries, which has included the successful negotiation of immunity from prosecution, and I've represented defendants before state grand juries that have resulted in charges being dropped. I have also represented plaintiffs and defendants in sexual harassment cases and plaintiffs in bodily injury, products liability, breach of contract, and fraud actions. I was one of the lead trial counsel in Barber v UPS, which resulted in a $5.3M jury verdict in favor of eight African American UPS employees on issues of race discrimination/hostile work environment and retaliation.

In addition to my vast trial experience, I have represented numerous clients in appeals before the Kentucky Court of Appeals, the Kentucky Supreme Court, and the United States Court of Appeals for the Sixth Circuit. These appeals have resulted in a number of reported opinions and include affirmation of the $5.3M jury verdict in the race discrimination / hostile work environment case listed above, as well as the reversal of an $84,000 judgment issued against an employer in a wage and hour case, and also the reversal of a mandatory minimum drug sentence in a multi-state marijuana cultivation operation.

Another aspect within my criminal defense practice is government investigations. Federal and state governments have immense resources, and they will not hesitate to use them when they suspect wrongdoing on the part of a corporation or individual or when it meets the personal or political agendas of those in power. To protect your rights and to obtain a fair resolution, you need proactive and effective legal representation. I have experience in matters involving civil investigations, regulatory compliance, whistleblower complaints, professional licensing, and criminal investigations.

My family law practice includes frequent representation of a mobile client base of busy professionals and those with complex assets within all aspects of family law, including divorce, property division, child custody and visitation, child support, alimony, post-divorce modification, paternity actions, grandparents' rights, and prenuptial agreements.

Our family law clients come to us with significant legal problems they want solved. Our role is to find the best solution. Often, that means working out the business aspects of divorce cases and coming up with proactive solutions and settlements, rather than plunging headfirst into litigation. I guarantee that we will not engage in unnecessary battles that lead not only to unnecessary and unwanted legal expenses but also often times to unwanted family strife and turmoil.