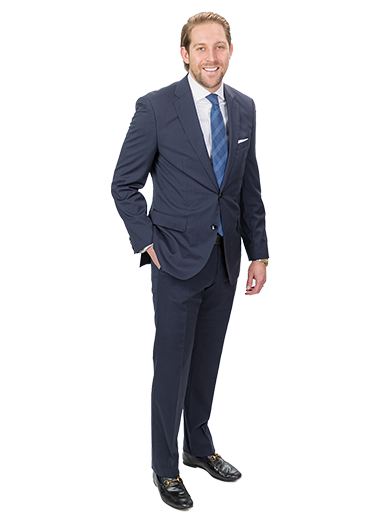 Preston C. Worley
Member
pworley@mcbrayerfirm.com
859.231.8780; ext. 1201
View Bio
As a real estate and development attorney, Preston Worley’s practice centers on making communities in Lexington, Kentucky, and beyond the best they can be. In his practice, he …

Net Lease vs. Gross Lease: Which is right for me?

In the sale of a commercial property, typically an entire interest in the property is sold for a single price. However, there is no “one-size-fits-all” approach to commercial leases. The difference between a gross lease and a net lease, for instance, can make all the difference. The different types of net lease can add even more confusion to the mix, leading to considerations such as gross lease vs triple net, rather than merely net vs gross lease.  For the sake of simplicity, this post will focus on the gross lease and triple net lease, as these are the two most common forms of commercial lease. More >

In late September, the IRS sent up as large of a red flag as possible concerning Real Estate Investment Trust (“REIT”) spinoffs in IRS Notice 2015-59 and Rev. Proc. 2015-43. While these issuances did not change existing law, they did state a new no-rule policy with regard to tax-deferred PropCo/OpCo spin-offs under Section 355 of the Internal Revenue Code (In these types of transactions, a property-holding company (“PropCo”) which is a subsidiary of an operating company (“OpCo”), purchases real estate owned by OpCo, then leases it back to OpCo and claims status as an REIT). Under the latest word from the IRS, unless there are “unique and compelling” circumstances, IRS will not issue private letter rulings on these types of transactions if real property owned by either PropCo or OpCo is the basis for REIT election for either company. Coupled with statements from the agency that these spin-offs and conversions give the agency “significant concerns,” these proclamations create significant market uncertainty as to the validity of such transactions. More >

The United States Supreme Court, in a five-to-four decision in June, brought housing discrimination law ever-so-slightly more in line with Title VII of the Civil Rights Act of 1964 (“Title VII”) by holding that claims of disparate impact are cognizable under the Fair Housing Act (“FHA”). The court took great pains, however, to limit the impact of the holding as well as putting a substantial onus on a plaintiff to prove causal connections between challenged policies and alleged disparities. More >

Why Your Property Management Business Needs a Lawyer

A wise move when performing regular commercial transactions with members of the public is to organize or incorporate that business to limit one’s personal liability in the event problems occur. This is especially true in the area of rental property, where transactions and adverse actions can be emotionally charged. What landlords and property managers may not know is that they cannot, by law, represent their own business interests in court in Kentucky if the business is organized or incorporated as a separate entity. More >