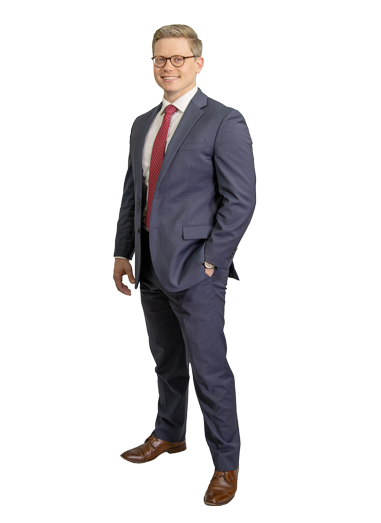 Peter J. Rosene
Associate
prosene@mcbrayerfirm.com
502.327.5400; ext. 2306
View Bio
As an intellectual property attorney, Pete Rosene learns something new every day. In this very unique area of the law, every new client and case offers something new and interesting …

How Much “Dune” You Know about Copyright?

A few months ago, an NFT group known as “Spice DAO” made the news for paying nearly $3 million at auction for a rare book of filmmaker Alexander Jodorowsky’s storyboards and concept art for a never-to-be-made adaptation of Frank Herbert’s epic science fiction novel Dune—and announcing their plans to use their purchase to make and sell their own adaptations and derivative works as well as copies of the book itself in NFT form. Of course, buying a copy of a book, no matter how rare, does not grant you the copyright or license to its contents. A clear gaff to be sure, which is then heightened by the fact that the purchase was funded almost entirely by investors and fans of the Dune franchise. But if purchasing a creative work does not give you rights to reproduce it, what does? We’ve put together this quick quiz to help you figure out when you do—and don’t—own the rights to a piece of intellectual property covered under copyright law. More >

On March 9th, Governor Beshear, surrounded by Kentucky college coaches, put his signature on a new law that will allow college athletes to profit from the use of their name, image, and likeness, an opportunity formerly blocked by the NCAA. This new law opens up many doors for college athletes to benefit from their most closely held intellectual property—themselves. More >

It’s likely that you’ve heard about pop star Taylor Swift re-recording her old albums. Just a few weeks ago, she released Red (Taylor’s Version), a re-recording of her 2012 album Red. In April of this year, she released “Taylor’s Version” of her 2008 album Fearless. Why would a globally-known music star take the time out of her busy schedule to rehash her old music? The answer lies in the complex and little-understood realm of copyright law—and the issues that led to Swift’s undertaking are not only experienced by artists of her fame and status. More >

Life, Liberty, Happiness, and…Personality? What to Know about Your Publicity Rights

Believe it or not, there are no federal statutes or case laws protecting your exclusive right to the use of your name, image, and likeness (NIL) or any other defining factor of your identity, such as your voice or signature. Rights of publicity vary state by state, and as a result, these rights are complicated and little-understood. Recently, publicity rights (sometimes called “personality rights”) have been in the news—first for college athletes gaining the ability to profit from their NIL through a recent Supreme Court decision, then for the use of AI-generated clips of the voice of the late Anthony Bourdain in the documentary film Roadrunner. These two very different instances illustrate two sides of the multi-faceted issue of rights of publicity. More >

Lil Nas X, Trademark infringement, Satan, Shoes. These may seem like four completely unrelated items chosen entirely for their randomness, and yet all four comprise pop culture’s biggest legal story of 2021 so far. Don’t worry – if you don’t know what I’m talking about, I’ll bring you up to speed, but the short version is that a rapper, a shoe company, and the devil are involved in turning a run-of-the-mill trademark infringement case into headline-making news. The real message is that a company’s brand and trademark are defined by its willingness to aggressively defend them, and the devil isn’t always just in the details. More >

The “Likelihood of Confusion” Test for Trademarks: What to Know When Creating Your Brand

The purpose of a trademark is to provide your business with a unique identifier on which to build your brand. Trademarks then help you to stand out in the marketplace. It’s only fitting, therefore, that one of the key elements of trademark infringement under the Lanham Act, also known as the Trademark Act, is the likelihood that consumers would be confused by a mark that is similar in some way to the potentially-infringed trademark. More >