#MeToo in Healthcare: The Time to Act is Now

This article appeared in the November edition of Medical News, available at https://www.medicalnews.md/metoo-in-healthcare-the-time-to-act-is-now/.

The #MeToo movement has sparked a momentous conversation in American life, but the pressure on the healthcare industry to address workplace harassment has been in place for some time now. For example, in 2012, a California Physician assistant was awarded $168 million by a jury (later settled for an undisclosed amount) after filing numerous complaints alleging sexual harassment and patient safety issues, actions which a jury believed led to her firing from a hospital and later, retaliation.[i] This is one of a number of examples of verdicts and out-of-court settlements in the millions of dollars, all due to sexual harassment in a healthcare workplace. These are not outliers.

According a BuzzFeed News report on EEOC data, at least 3000 employees of hospitals filed claims of sexual harassment with the EEOC between FY 1995-2016, and there are over 8000 sexual harassment charges filed in the overall healthcare industry during that same time.[i] In fiscal year 2016, the healthcare industry topped the list of industries and received 14% of all complaints. This number documents a trend that has been growing for years even before the #MeToo movement took hold. To address these problems and potential liabilities, healthcare organizations must look inward at policies and procedures that may inadvertently facilitate sexual harassment rather than prevent it, and here are a few key legal areas to consider.

It has been a standard practice to include non-disclosure agreements (“NDAs”) in employment and related contracts. While the legality of these has been questioned by several government agencies (these clauses cannot impose consequences when an employee cooperates with a government investigation, for instance), what has not been questioned until recently is the conventional wisdom that these clauses protect companies. The problem, as is becoming apparent, is that the use of non-disclosure agreements can protect serial harassers in an organization as much or more than it protects the organization itself. The state of Washington, for instance, now bars employers from requiring employees to sign an NDA that would prevent the disclosure of sexual harassment or assault.[ii]

This is not to say that non-disclosure agreements don’t have a place in employment agreements and other contracts, but these should be tailored to prevent “silencing” victims. It’s one thing to protect the organization and its proprietary or sensitive information from the whims of a disgruntled former employee or false allegations, but the urge to do damage control can prove costly when genuine victims of misconduct are prevented from speaking while the perpetrators remain in place and able to move on to the next victim, possibly exposing organizations to even more liability.

In addition to quid pro quo and hostile work environment forms of sexual harassment, healthcare entities are particularly susceptible to third party liability as well. Third party liability arises when an employer fails to prevent or rectify harassment that occurs between an employee and a third party that the employee interacts with as a result of employment. As stated in federal regulations, “An employer may also be responsible for the acts of non-employees, with respect to sexual harassment of employees in the workplace, where the employer (or its agents or supervisory employees) knows or should have known of the conduct and fails to take immediate and appropriate corrective action.”[iii] In the healthcare setting, this type of harassment can occur between patients and those who care for them on a consistent basis or work in close quarters with them, such as nurses and other staff. Nursing facility staff is particularly susceptible to sexual harassment by patients and should be trained to deal with aberrant patient behavior. Likewise, medical staff members may be considered third parties as well who sometimes take advantage of facility staff. Medical Staff Bylaws and Facility Policy and Procedures should address sexual harassment and create a mechanism to investigate and address reports.

Organizational culture is a large component of sexual harassment. If the organization only protects itself or the most powerful individuals within it, victims of sexual harassment don’t stand a chance. Serial harassers are often precisely the individuals who wield the power – an organization may tolerate or excuse bad behavior to protect a productive provider or a deep-pocketed client. Culture, however, must change.

Management should lead change by creating an environment where employees understand that their concerns and reports will be addressed and investigated appropriately - employees need to know that their employer will affirmatively require basic respect among employees, especially when power disparities exist. Healthcare providers should create alternate means of reporting incidents of harassment to afford victims the ability to bypass the harasser, and to avoid those that they are uncomfortable with. In short, employers should create more than one avenue for reporting sexual harassment.

An Ounce of Prevention

By proactively approaching sexual harassment rather than defensively reacting to single reports and incidents, healthcare organizations can achieve a sea change in culture and prevent sexual harassment. These efforts will protect the organization and result in happier, healthier, more productive employees, and a better quality of work-life. 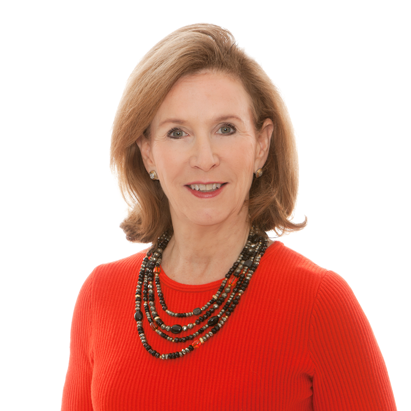 Lisa English Hinkle is a Member of McBrayer law. Ms. Hinkle chairs the healthcare law practice and is located in the firm’s Lexington office. Contact Ms. Hinkle at lhinkle@mcbrayerfirm.com or (859) 231-8780, ext. 1256, or reach out to any of the attorneys at McBrayer.