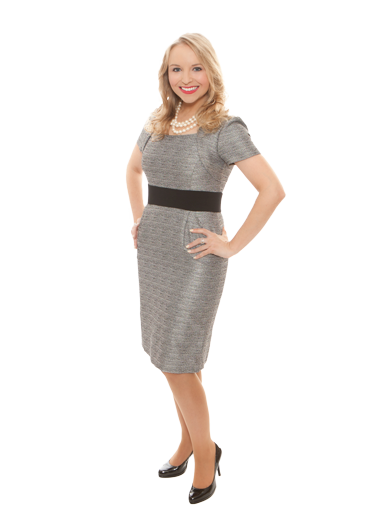 Anne-Tyler Morgan
Member
atmorgan@mcbrayerfirm.com
859-231-8780; ext. 1207
View Bio
As a strong believer in the intersection of community, politics, and the law, I am proud to offer my clients a well-rounded approach to their legal needs.  Clients' goals do not take a …

WARNING: DOL Moves the Goalposts on FFCRA for Healthcare Providers

When the Families First Coronavirus Response Act (“FFCRA”) was passed, healthcare providers breathed a sigh of relief to see that an exception had been carved out for them regarding the mandatory leave provisions of the law. This exclusion permitted entities with less than 500 employees to exclude “health care providers” from mandatory leave provisions. The first rules to interpret this provision defined “health care providers” in such a manner that all employees of a healthcare provider that itself met the definition would also meet the exclusion. This interpretation is no more. More >

As part of the CARES Act, the Centers for Medicare & Medicaid Services (CMS) has expanded the Accelerated and Advance Payment Program to a larger group of Part A providers and Part B suppliers. The full fact sheet on the expansion is available from CMS here, but we’ve summarized the significant points below. More >

EMS PROVIDERS: WHAT TO DO ON THE FRONT LINES OF COVID-19

Emergency Medical Services (“EMS”) providers play a critical role in the provision of front line healthcare for patients with known or suspected COVID-19 and are faced with the unique challenges of varying or enclosed treatment spaces, immediacy in decision-making, and often limited patient information.  It is imperative for EMS providers to stay up to date on COVID-19 protocols and guidance, and the McBrayer team is available today to ensure that you stay prepared throughout this public health crisis. More >

Are you a healthcare provider hoping to hire additional clinical support during COVID-19? It may be time to consider a professional services agreement or lease. More >

By Anne-Tyler Morgan on May 3, 2016
Posted In Centers for Medicare & Medicaid Services (“CMS”), Medicare

On March 1, 2016, the Centers for Medicare & Medicaid Services (“CMS”) quietly issued a proposed rule that would give the agency far-reaching tools in the area of program integrity enforcement. On its face, the Rule addresses enrollment and revalidation reporting requirements for Medicare, Medicaid and CHIP, but it also significantly increases its authority with regard to the denial or revocation of providers’ Medicare enrollment. More >

The wait is over – in February, the Centers for Medicare & Medicaid Services (“CMS”) released its Final Rule on identifying, reporting, and returning overpayments to the Medicare and Medicaid programs. This rule is the result of provisions in the Patient Protection and Affordable Care Act (“ACA”) which created a 60-day safe harbor during which providers can identify overpayments by the two major federal healthcare programs. If a provider fails to report an overpayment within 60 days of the date that it was identified, the overpayment may be considered a violation of the federal False Claims Act (“FCA” - for more information on the FCA, please read my earlier blog posts). The Final Rule implementing this provision became effective on March 14, 2016. More >

A Shot in the Arm of Preventive Health Services

By Anne-Tyler Morgan on September 22, 2015
Posted In Kentucky’s Department for Medicaid Services, Medicaid

The ripple effects of recent changes to the health care industry are still being measured, but Kentucky is already touting what it views as a positive impact of the Commonwealth’s decision to accept the Medicaid expansion under the law. More >

CMS Sends a Lifeline on Stark after Tuomey Affirmed: What Health Providers Should Know

In July, the Court of Appeals for the Fourth Circuit upheld a record verdict of $237 million against Tuomey Healthcare Systems in the case of U.S. ex rel. Drakeford v. Tuomey Healthcare System, Inc. for violations of the False Claims Act and the Stark Law. Tuomey allegedly violated these laws in over 21,000 claims, submitting bills to Medicare worth $39 million. The False Claims Act allows up to triple damages per claim, as well as a penalty of up to $11,000 per violation. Perhaps in light of such a verdict, the Center for Medicare & Medicaid Services (“CMS”) issued a set of proposed changes and clarifications to the Stark Law that should help healthcare providers to breathe a sigh of relief. More >