The Equal Employment Opportunity Commission (“EEOC”) has interpreted Title VII to include protections against discrimination for transgender employees.  Title VII is the portion of the Civil Rights Act of 1964 that prohibits employment discrimination against any individual with respect to the terms, conditions, or privileges of employment because of the individual’s race, color, sex, religion, or national origin.   See 42 U.S.C. § 2000e-2(a)(1).  Under Title VII, the EEOC has found that actions taken by employers detrimental to transgender individuals can qualify as discrimination on the basis of sex.  The implication of this interpretation is one that will affect employers throughout Kentucky, and these employers should be aware of what the interpretation means in practice.

Recently, the Sixth Circuit Court of Appeals, which includes Kentucky, specifically addressed the EEOC’s interpretation of Title VII in Equal Employment Opportunity Comm’n v. R.G. & G.R. Harris Funeral Homes, Inc., 884 F.3d 560 (6th Cir. 2018).  The employee in the case, Aimee Stephens, was born biologically male and, for a period of time, worked as a funeral director at R.G. & G.R. Harris Funeral Homes while living and presenting as a man.  Once Stephens informed her employer that it was her intent to transition from male to female and would then represent and dress as a woman at work, she was terminated.  In fact, her employer testified that Stephens was fired because she was no longer going to represent herself as a man and wanted to dress as a woman.

After Stephens filed a charge with the EEOC, it eventually brought suit against her employer alleging that Stephens’s termination constituted discrimination on the basis of her sex, and brought a claim related to a clothing stipend that was provided to males but not females.  During the litigation, the lower court held that transgender or transitioning status was not a protected class under Title VII, but that the employer may have violated Title VII by firing Stephens for not conforming to sex- or gender-based preferences, expectations, or stereotypes. Regardless, the lower court ultimately held that the Religious Freedom Restoration Act (“RFRA”) precluded the EEOC’s enforcement of Title VII against the employer because it would substantially burden the employer’s religious exercise.

On appeal, the Sixth Circuit reversed the majority of the lower court’s conclusions.  In its Opinion, the Sixth Circuit specifically upheld the EEOC’s interpretation of Title VII and concluded that discrimination on the basis of transgender or transitioning status is in fact discrimination on the basis of sex within the meaning of Title VII.  The Court of Appeals did not mince words in its conclusion: “[d]iscrimination against employees, either because of their failure to conform to sex stereotypes or their transgender and transitioning status, is illegal under Title VII.” Equal Employment Opportunity Comm'n v. R.G. &. G.R. Harris Funeral Homes, Inc., 884 F.3d 560, 600 (6th Cir. 2018).  Moreover, the Sixth Circuit concluded that the EEOC’s enforcement of Title VII would not substantially burden the employer’s religious exercise.

Put simply, the decision of the Court of Appeals represents a victory for transgender rights advocates and represents an issue that all employers need to be aware of.  However, its future remains unclear as a Petition for Writ of Certiorari to the United States Supreme Court has been filed requesting that it overturn the Sixth Circuit Court of Appeals.  This case presents a significant opportunity for the Supreme Court to rule upon whether Title VII’s protections extend to transgender and transitioning status.  Kentucky, through Governor Matt Bevin, has signed on to a friend-of-the-court brief in support of the high court taking the case and overturning the Sixth Circuit’s decision.

Regardless of the pending Petition before the Supreme Court, employers are still impacted by the interpretations of the EEOC and the Sixth Circuit.  Concerned about how this ruling will affect your workplace and want to be in compliance? Give us a call. 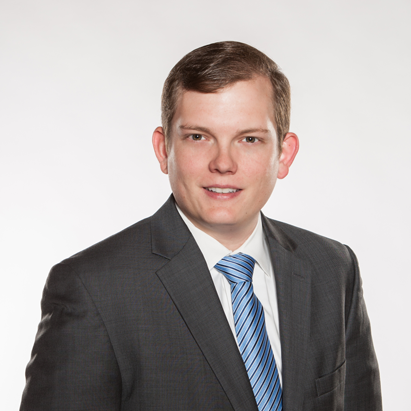