The Equal Employment Opportunity Commission (“EEOC”) has just filed suit against two companies for alleged discrimination against transgendered employees. The suits were filed separately in Florida and Michigan, against Lakeland Eye Clinic and G.R. Harris Funeral Homes, Inc., respectively. In both cases, employees alleged that they were fired after they disclosed they were undergoing gender transitions. More >

In today’s digital environment, it is crucial that employers act fast when faced with a suit (or the threat of suit) by an employee or ex-employee. When potential litigation is on the horizon, the first step should always be to contact legal counsel. The next step should protecting documentation that might be relevant to the dispute. Keep in mind this acronym to make sure you are following that right steps for documentation preservation:

Search for employees that might possess information pertaining to the dispute. This might include supervisors, managers, or people who shared a workspace with the claimant, but it might also include others not under the direct supervision of the company, such as independent contractors or consultants that worked with the claimant.

Think about all sources of information – smart phones, tablets, cloud-based servers, thumb drives, work email accounts, etc. Once the sources are identified, consider whether you have and can maintain access to them. In some cases, it may require notifying the claimant that he must turn over password information or relinquish his work-issued devices, but it is highly suggested you contact legal counsel before proceeding with this step.

Order a litigation hold on relevant information. Instruct employees to not destruct, forward or edit the relevant documentation in any way. In-house destruction procedures (such as shredding or the automatic email deletion) should be cancelled until further notice from counsel. Litigation hold instructions should be made in writing and provide explicit instructions. The instructions should identify the type of materials and date ranges that are subject to the hold. A litigation hold should also identify to whom questions or concerns about the hold can be directed.

Present all information to counsel. He or she will then determine exactly what information needs to be preserved and for how long. Do not think that you, as an employer, know what information is important. By getting rid of documentation, even without ill intent, you may be hurting your ability to present a defense to the claims. 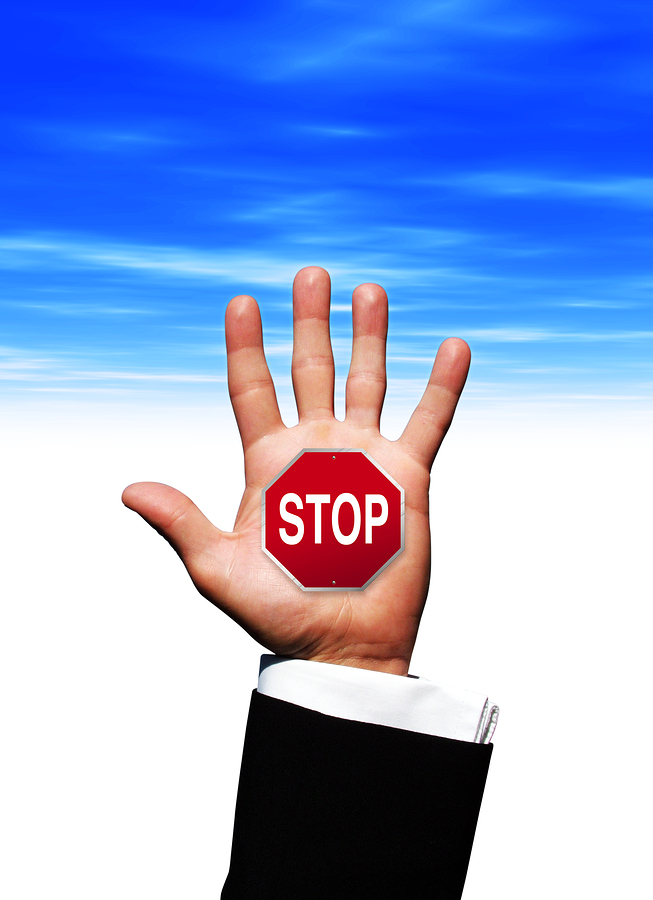 No employer likes facing employee-related litigation, but it is important to “STOP” and take time to ensure document preservation in the wake or threat of a suit.

On Monday, details about the case Young v. UPS were discussed. Young was a part-time UPS driver who, after becoming unable to lift heavy packages due to her pregnancy, was denied her request for light duty. She alleges that UPS violated the law by failing to provide her the same accommodations as it provided to nonpregnant employees with physical disabilities who were similar in their ability to work. After the District Court and Fourth Circuit Court of Appeals both found for UPS, Young petitioned filed a petition for certiorari with the Supreme Court. UPS, however, responded to the petition with an argument that the 2008 amendments to the Americans with Disabilities Act (“ADA”) could render the case moot.  The actions that led to the suit occurred in 2006 – before the amendments to the ADA were made. More >

The U.S. Supreme Court has just agreed to review Young v. UPS, a decision that will determine whether and to what extent an employer must provide pregnant employees with work accommodations, such as light duty, that are given to other workers with disabilities. More >

The Supreme Court recently ruled unanimously that government employees who testify about public corruption are protected by the First Amendment. The case, Lane v. Franks, [1]centered on a public employee, Lane, who worked at an Alabama community college where he led the school’s program for at-risk youth. More >

The Kentucky Supreme Court recently reversed the Kentucky Court of Appeals’ holding in Creech, Inc. v. Brown, and declared that continued employment, standing alone, is no longer sufficient consideration to justify or support enforcement of a non-competition agreement. In the course of reaching its decision, the Court clarified prior case law dealing with the issue of whether non-competition agreements may be executed in exchange for merely retaining one’s job. While the case has an intricate and complex set of facts, this post focuses on the consideration requirement only. More >

One of the best ways that employers can know what liability risks they are most likely to encounter in any given year is to review what an agency was targeting in the previous year and to review the agency’s work plan. I recently reviewed some 2013 statistics from the Equal Employment Opportunity Commission (“EEOC”) that are worth sharing: More >