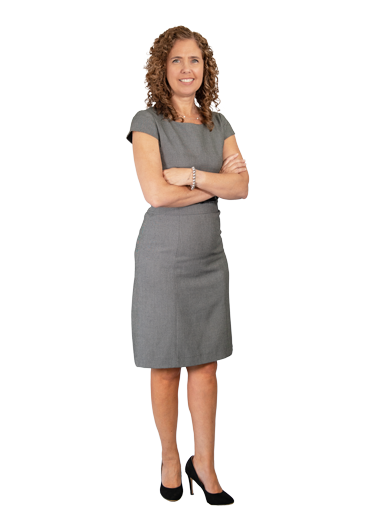 Cynthia L. Effinger
Member
ceffinger@mcbrayerfirm.com
502-327-5400; ext. 2316
View Bio
The value I bring to my clients is that when the dispute cannot be resolved I have trial experience and can best prepare the client for the courtroom. I have chosen to practice at McBrayer …

On Tuesday, September 24, 2019, the Department of Labor (“DOL”) issued a Final Rule that raises the salary threshold for exemption from overtime pay to $35,568 per year. This rule was proposed in March of 2019, and it appears that the Final Rule is substantially similar. This Final Rule follows years of uncertainty after an overtime overhaul put in place under the Obama administration was held up in the courts and ultimately scrapped. More >

In a development that should make every horse operation in Kentucky stand up and take notice, trainer Chad Brown will pay $1.6 million to cover back wages, liquidated damages and civil penalties for what the Department of Labor (“DOL”) considers to be willful violations of the Fair Labor Standards Act (“FLSA”) and the H-2B non-immigrant visa program. More >

The Kentucky Court of Appeals released an opinion this week that may have a profound impact on employers defending claims in administrative hearings for unemployment insurance benefits. In Nichols v. Kentucky Unemployment Insurance Commission; and Norton Healthcare, Inc., the Court of Appeals held that sections of KRS 341.470 to be an unconstitutional violation of separation of powers. That statute allowed employers to be represented by management employees, officers or other agents in hearings before any referee or commission regarding unemployment compensation. More >

In the day-to-day rush of business, it’s easy to overlook key employment issues, but they have a way of turning into true headaches for HR professionals. Below are five HR matters that have a habit of becoming bigger problems for employers, and if you aren’t paying attention to them, you may be putting the business at serious risk. More >

FMLA Retaliation in a Cat's Paw

FMLA (Family Medical Leave Act) retaliation law expanded in 2017 – about the size of a cat’s paw, which, in this instance, is pretty big. “Cat’s paw” here describes a situation where someone other than an employment decision-maker convinces (or dupes) the decision-maker to take an adverse employment action against another employee. (For those unfamiliar with the phrase, “cat’s paw” is derived from a fable wherein a monkey tricks a cat into pulling roasted chestnuts out of a fire for it to eat, burning the cat’s paws in the process. The phrase is used to describe situations where one person is unwittingly used by another for the other’s purposes.) When this is done with retaliatory intent, is the employer then liable under FMLA for retaliation? The answer, according to the Sixth Circuit Court of Appeals (this federal circuit covers Kentucky), is “yes” in the case of Marshall v. Rawlings. More >

On August 31st, 2017, a U.S. District Court in Texas invalidated a new overtime rule that would have nearly doubled salary thresholds for overtime eligibility. The court had previously put in place a preliminary injunction that prevented the rule from taking effect in late 2016, but the ruling by the court effectively signals the end of the rule. More >

The weather outside is terrible, and you want to close down your business for the duration. Can you cancel a work day or send your employees home early without pay for the duration of the closure? The answer is a bit complicated, and it depends on each employee’s classification as non-exempt or exempt where the overtime rules are concerned. More >

By Cynthia L. Effinger on May 9, 2017
Posted In Department of Labor ("DOL"), Employment Law

In 2015 and 2016, the Obama administration’s Department of Labor (“DOL”) released proposed and final rules that were set to dramatically change the face of overtime exemptions by raising the threshold salary requirement to around $47,500.  The Final Rule became effective as of December 1st, 2016, but several contemporaneous events have worked to upend the new regulation, and changes are afoot even now with respect to overtime. It’s time to take a quick look at the status of overtime regulations. More >

The impending change to federal overtime regulations has been put on hold by the U.S. District Court in the Eastern District of Texas. The court granted a nationwide preliminary injunction against the Department of Labor’s implementation of the rule, as the rule faces challenges from 21 states.  More >

The EEOC Retaliates on Retaliation, and Employers are Caught in the Crossfire

NOTE: The EEOC guidance on retaliation can be found here:
https://www.eeoc.gov/laws/guidance/retaliation-guidance.cfm

One of the hands-down most difficult positions an employer may find itself in is the time period immediately following an employee reporting discrimination. If the employee engages in some form of conduct that is protected by a nondiscrimination statute such as Title VII of the Civil Rights Act of 1964 or the Americans with Disabilities Act, any adverse action taken by the employer against that employee may be scrutinized as sign of retaliation, which is prohibited by these laws. Thus, the reporting of potential discrimination or the filing of any claim with the Equal Employment Opportunities Commission (“EEOC”) and other investigators produces a chilling effect on the discipline or even termination of that employee, even for unrelated issues.  More >