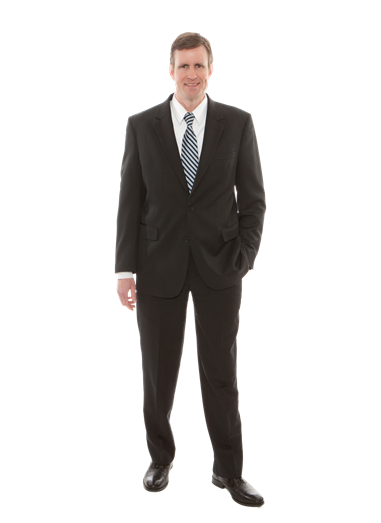 Luke A. Wingfield
Member
lwingfield@mcbrayerfirm.com
859.231.8780; ext. 1265
View Bio
Too many times attorneys focus on telling clients what they want to hear rather than providing an honest and frank assessment of the matter at hand, both good and bad. As an attorney, it is …

Showing 13 posts by Luke A. Wingfield.

New Overtime Rules May Be Here Sooner than Expected

The timeline for adoption of the Final Rule of proposed changes to the white collar overtime exemption has been hard to pin down. In early November of 2015, Solicitor of Labor M. Patricia Smith, during a panel discussion at the American Bar Association’s Labor and Employment Law Conference in Philadelphia, mentioned that the proposed changes would not be issued until late 2016, leading many to believe that they would not take effect until 2017. Later that month, the Department of Labor (“DOL”) Wage and Hour Division estimated that the rule would be published in July 2016, not quite as late as earlier implied. Then, Labor Secretary Thomas Perez stated in December in an interview with Bloomberg BNA that it seemed likely to him that the new rule would be out by spring of 2016. In February of 2016, Smith reiterated the Wage and Hour Division’s projected timeline of a July 2016 publication with an effective date 60 days later. On March 14th, 2016, the Department of Labor made the surprising move of sending its overtime rule to the White House Office of Management and Budget (“OMB”), which means that all bets are off and the rule may here sooner than predicted. More >

The Department of Labor (“DOL”) recently revised and updated the template forms that the agency issues for use in Family and Medical Leave Act (“FMLA”) notice and certification. Some of these new forms have received substantial revision, and all have been approved through the end of May 2018. The most notable change, however, may be that certain new forms related to medical certification (WH-380-E, WH-380-F, WH-385 and WH-385-V) address Genetic Information Nondiscrimination Act (“GINA”) “safe harbor” language. More >

On Labor Day, appropriately enough, President Obama issued an executive order establishing up to seven days of paid sick leave for employees of federal contractors and subcontractors. The order was drafted and proposed in early August and issued on September 7th, capping off the White House’s push of its “Lead on Leave” initiative. More >

The National Labor Relations Board (“NLRB”) has been on a roll in recent years, protecting such employee activity as complaining on Facebook or even hitting the “Like” button. In the case of Sabo, Inc.¸ the NLRB recently ruled that letting other employees know about an open position and speculating on terminations falls within a category of concerted employee activity protected by the National Labor Relations Act (“NLRA”).[1] More >

Complaining to the Boss? The Second Circuit Says That's Protected

In 2011, the U.S. Supreme Court held in Kasten v. Saint-Gobain Performance Plastics Corporation that oral complaints are protected by anti-relation provisions of the Fair Labor Standards Act (“FLSA”), but it did not address a vital question: must those complaints be “filed” with a government agency to receive protection against retaliation, or will simple oral complaints to an employer trigger such provisions?[1] The Second Circuit recently moved to fill that gap, ruling in Greathouse v. JHS Security, Inc. that merely “filing” an oral complaint with an employer is enough to trigger anti-retaliation provisions of the FLSA[2]. More >

E-Cigarettes and Workplace Smoking Policies: To Ban or Not to Ban, that is the Question

Smoking in the workplace is slowly becoming an antiquated notion. Federal and state laws ban smoking in some places, and an increasing patchwork of local ordinances decreases the availability of indoor and even outdoor smoking in some circumstances. Complicating matters, as it usually does, is the rise of new technology that straddles the line between permissible and impermissible conduct – the e-cigarette. The question employers now have to struggle with is whether these devices, which purport to alleviate the harmful effects of smoke on both the user and those inhaling second-hand, should fall under broad workplace bans on smoking. More >

The Supreme Court recently ruled unanimously that government employees who testify about public corruption are protected by the First Amendment. The case, Lane v. Franks, [1]centered on a public employee, Lane, who worked at an Alabama community college where he led the school’s program for at-risk youth. More >