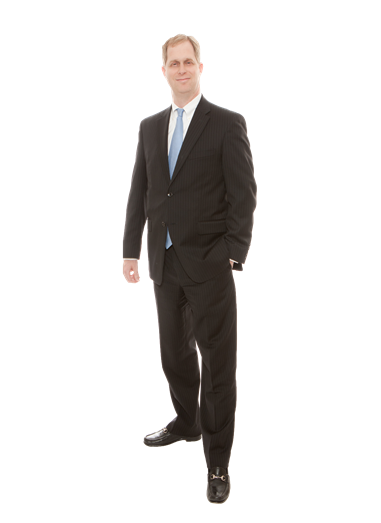 Jaron P. Blandford
Member
jblandford@mcbrayerfirm.com
859-231-8780; ext. 1252
View Bio
It has been my privilege to serve the clients of McBrayer since 1998. Since that time, I have been a part of the positive growth of the McBrayer firm and the expanding practice area …

The Department of Labor, IRS and Treasury Department have released a joint notice outlining how employers may utilize tax credits to provide mandated paid leave under the Families First Coronavirus Response Act signed into law on March 18th. The paid leave provisions have been discussed in our summary of the new law here, and these three agencies have now provided a glimpse of the road map for employers to cover the costs of paid leave. While the actual guidance is slated to be issued this week, the notice included information about how these provisions will operate: More >

As the novel coronavirus, or COVID-19, has reached global pandemic status, it is critical for employers to understand how to administer their workforce in the face of the new illness, especially in light of state and federal employment laws. Luckily for employers, there is fresh guidance from several agencies on how to put team health first while protecting businesses and complying with relevant workforce laws and regulations. We have distilled that information into key points set out below. More >

CDC Releases Guidance for Employers to Respond to Coronavirus

In an effort to help employers understand and deal with the threat posed by COVID-19, the official name of the current outbreak of coronavirus, the Centers for Disease Control and Prevention (“CDC”) has recently released official guidance. It may seem odd that the CDC would issue employer-specific guidance (rather than, say, the EEOC or Department of Labor), but it only serves to underscore the threat this virus seems to pose and the way in which employer policies may have a direct bearing on the issue. More >

The impending change to federal overtime regulations has been put on hold by the U.S. District Court in the Eastern District of Texas. The court granted a nationwide preliminary injunction against the Department of Labor’s implementation of the rule, as the rule faces challenges from 21 states.  More >

DOL Quietly Moves to ‘All Liquidated Damages, All the Time’ Footing

By Jaron P. Blandford on May 5, 2016
Posted In Fair Labor Standards Act (FLSA)

The Fair Labor Standards Act (“FLSA”) has always provided for liquidated damages for violations, but in the past, the Wage and Hour Division (“WHD”) generally pursued the liquidated damages only when forced to litigate. Liquidated damages are effectively punitive in nature and amount to the full amount of back wages, doubling the hit to employers who find themselves in such a predicament. In recent years, however, the WHD has steadily increased the frequency with which it assesses these damages, which proves to be double the burden on employers. More >

As a further push in the Obama Administration’s “Lead on Leave” initiative, the Department of Labor (“DOL”) issued proposed regulations on February 25th that would implement Executive Order 13706, requiring federal contractors to provide up to 56 hours of annual paid sick leave to employees. These regulations are far-reaching in scope, covering not just the amount of paid sick leave, but also when the leave can be used, whether unused leave carries over to the next year, how employees request the leave and which employees are eligible. These regulations will affect employers that enter into contracts with the federal government beginning January 1, 2017, therefore government contractors (and prospective government contractors) should begin now to understand these regulations and how their workforce will be affected. More >

On Monday, you learned the basic facts of a new Facebook/employer-related ruling out of New Jersey. How did the court rule? The New Jersey federal court held that the plaintiff’s deletion of his Facebook account during the discovery phase of litigation did constitute spoliation of evidence. The court considered the plaintiff’s action so egregious that it resulted in an “adverse inference” instruction against him at trial. More >

There is no shortage of recent court rulings dealing with implications and consequences of social media. One of the latest comes from a New Jersey federal court and its holding should get employers’ attention. In Gatto v. United Airlines and Allied Aviation Servs., et al., No 10-CV-1090 (D.N.J., March 25, 2013), the plaintiff, Frank Gatto, was employed as a ground operations supervisor at John F. Kennedy Airport. He brought suit against United Airlines claiming that, while he was unloading baggage, a United Airlines aircraft caused a set of fueler stairs (owned by Allied Aviation) to crash into him. Gatto claimed that the resulting injuries rendered him permanently disabled. More >

Rolling out policy changes appropriately is a necessary part of updating policies. A company can write and update its manual and have the most effective policies ever, but if they are not presented to the workforce in the proper way, policies are ineffective and just another stack of papers on everyone’s desk. Whatever your detailed course of roll-out, from individual meetings to a company-wide email, you have to go beyond announcing policy changes. Get written acknowledgements from every employee on every change. It is often common practice to issue updates and send out each policy change-by-change, like an addendum to the manual every few months. This is necessary to keep your employees aware of the changes occurring in the workplace policies. However, all those loose papers might get lost in the minutia of daily business and never actually make it into an employee’s manual. So the reality is employees may not be operating with an updated version of the manual. Re-issuing the employee manual in its entirety is the best policy to ensure that employees have the most up-to-date version; once a year should be sufficient, unless significant changes occur. This can be a mitigating factor in unemployment hearings – if an employee was terminated because of a policy violation and the employee had notice and acknowledged changes to the policies and procedures, the company generally has a better chance of justifying the termination for misconduct. More >